Creating Together: Community For A Cause 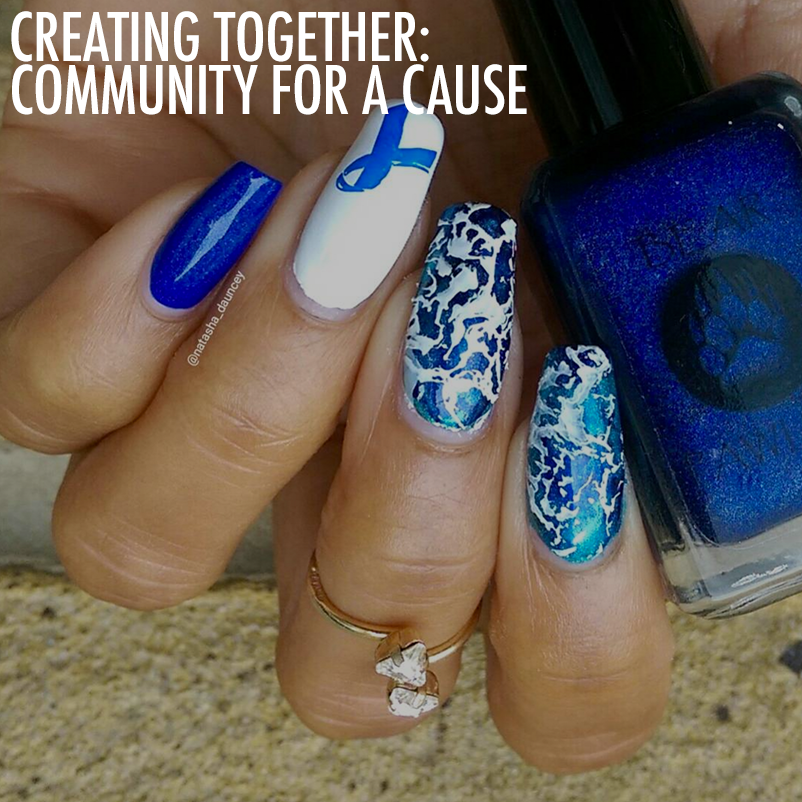 Nailstyle is all about community. At the core, we are a home for nail artists and the nail obsessed to come together and share in something that they are passionate about - the art of nails! When Nailstyle started we knew the nail community was something special. Recently, we found another reason to fall even more madly in love with this group of talented individuals who share our obsession of nails.

We began to see blue and white mani’s featuring a small blue ribbon popping up on Instagram and wanted to know more. We were able to trace it back to Natasha Dauncey, a nail artist and admitted nail art addict in the UK.

Natasha began the #RememberLiam nail challenge on September 12th, 2016. This challenge was created to honor Liam Mikael Kowal, a 15 month-old little boy who was hit by a drunk driver in California while being walked in his stroller by his aunt. Sadly, Liam passed away on September 4, 2016 due to the injuries sustained. Liam’s parents, Marcus Kowal and Mishel Eder, have worked tirelessly since the incident to draw attention to the effects of drunk driving and how even in dark times, one can choose to give life through organ donation. They have used the blue ribbon as a symbol of remembrance for Liam and it has been beautiful to see how many people all over the world have rallied around this family to show support in their commitment to positive change.

Natasha, a friend of Marcus’, wanted to show her support even from afar. She designed a photo and announced the campaign on her Instagram asking the nail community to join her. Getting involved was simple: post blue and white manis with a blue ribbon to honor Liam and raise awareness against drunk driving and for organ donation for one month while using the hashtag #rememberliam.

The nail community rallied around Natasha and her nail campaign. Nail artists around the world began uploading and tagging designs almost immediately. Natasha says, “What I found amazing was that many of these ladies weren't even known to me, and yet this story still reached them within the community, which just goes to show it's working!” This also demonstrates the strength of this unique group. The nail community is wildly artistic, passionate and supportive.

Natasha runs a fortnightly challenge on IG called #maniswapcircle - a huge mani swap collaboration where nail artists recreate other's work within the group using an assigned color theme. This month’s challenge will be extra special as it is devoted to Liam. With nearly 180 nail artists asking to join in, we are positive the nail designs will be both beautifully artistic and inspiring. Natasha will post the collage on October 1st so be sure to keep an eye out for that!

Want to show Natasha your support and get involved with this nail challenge? Upload your blue ribbon blue and white nail art to Nailstyle and Instagram using the hashtag #rememberliam. The campaign runs until October 12, 2016. To see the nail designs that have already been uploaded to Nailstyle, visit this page.

For more information on how to join Liam’s parents in their fight for positive change, visit: http://liamslife.org/