HOW TO GET THE PANTONE GREENERY FOR YOUR NAILS - NailItMag 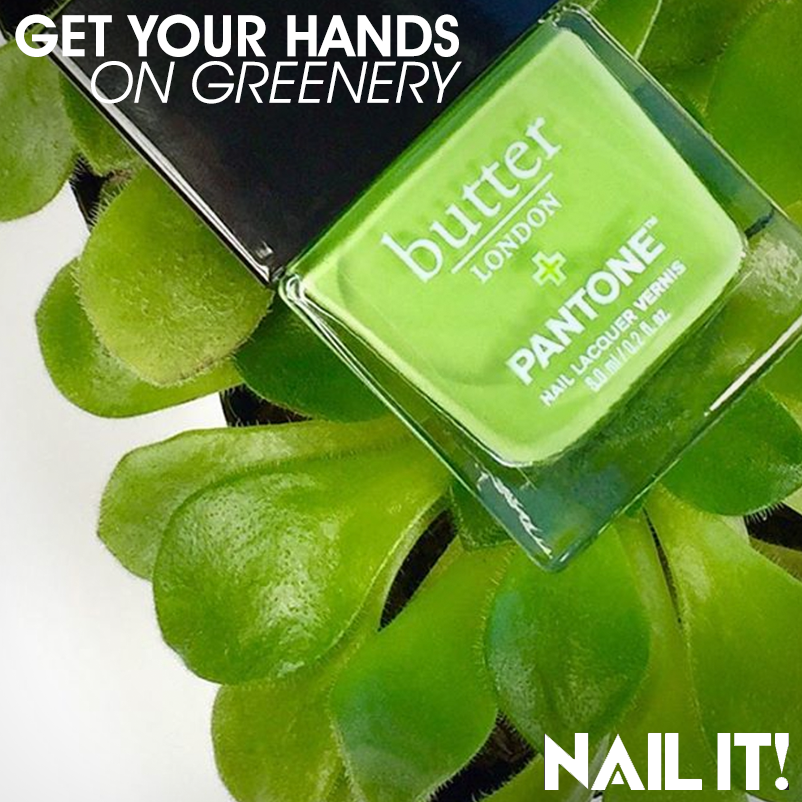 Yesterday, Pantone announced the 2017 color of the year, Greenery. The fresh and zesty green reminiscent of our favorite Muppets character, Kermit, is meant to signify optimism in a year of transition.

With this major announcement, everyone is beginning to incorporate the bright green into the everyday life. Seattle-based brand Butter London has snatched up a partnership with Pantone to release the Pantone Color of the Year Collection.

Including Greenery, along with several complementary colors, the palette will be featured in a range of nail polishes, lip glosses and an eye shadow palette. You can get the Greenery polish online at butterlondon.com and ulta.com this December, and in-store at Ulta and Nordstrom in January and February, respectively.

#Pantone has officially announced the #ColoroftheYear! Say hello to #Greenery! We are thrilled to be the official Pantone beauty partner for 2017 in the US! Click the link in the bio to check out the collection #ColoroftheYear2017

How are you incorporating Greenery into your daily looks? Let us know in the comments!