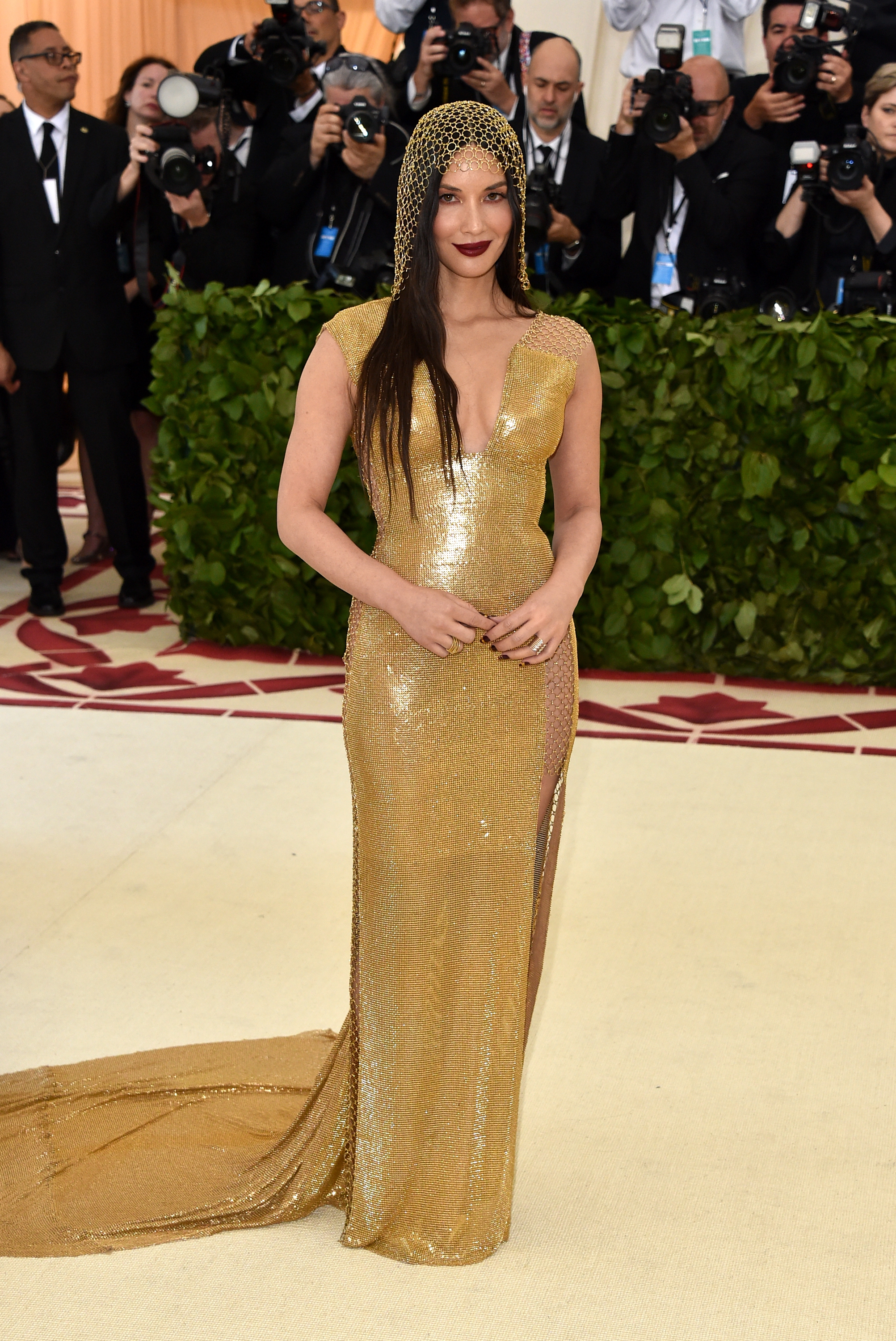 Stepping out in a gorgeous gold headpiece, Olivia Munn did not disappoint. She screamed goddess from head to toe with gold armor fit for a queen. Nailing the “Heavenly Body” theme, when it came to Olivia’s nails Celebrity Manicurist Tracylee was responsible for her show-stopping look. Keep reading to learn how to get the look.

“Olivia’s nails for tonight were inspired by the crusades and their infamous body armor. We decided to play this idea up with our own nail armor creation. Mixing essie’s gel couture in model clicks – a dramatic berry hue – with gold adornments and striping using essie’s good as gold. I gave Olivia two nail design options to make this nail armor concept really come to life and she went with both – a true crusader.” Said Celebrity Manicurist, Tracylee. “The final look mixes studs, stripes and crosses. It’s an over-the-top nail look perfectly fit for this year’s Met Gala.” 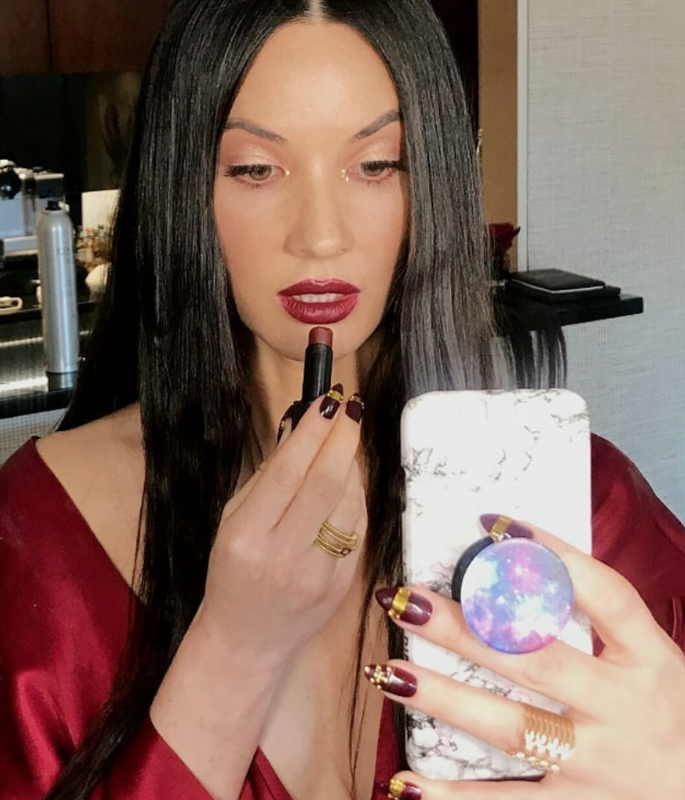 Step 1: To start, I shaped Olivia’s nails into a pointed almond shape for a long, dramatic effect. Two coats of essie gel couture in model clicks were then applied, creating the deep, berry base.

Step 2: When looking at images of the crusades, we saw so much gold and wanted to make sure that was reflected in her nail design. To create the gold crosses on her ring fingers, the nails were adorned with gold studs outlining the point of her tip, halfway down the sides of the nail.

Step 3: I then placed a horizontal gold line across the center of the nail with striping tape and essie’s good as gold, creating a triangle type look. Inside the triangle, I placed the gold cross design with adornments.

Step 4: For her other fingers, I created a thick gold band horizontally across the center of each nail and then applied gold studs on four of the corners to create a metal riveted effect.

Step 5: Finally, two coats of essie’s platinum top coat was used to make sure all the adornments stayed sealed and did not pop out.

Stay tuned for even more celebrity nail inspiration and take a peek at these inspiring nail styles!